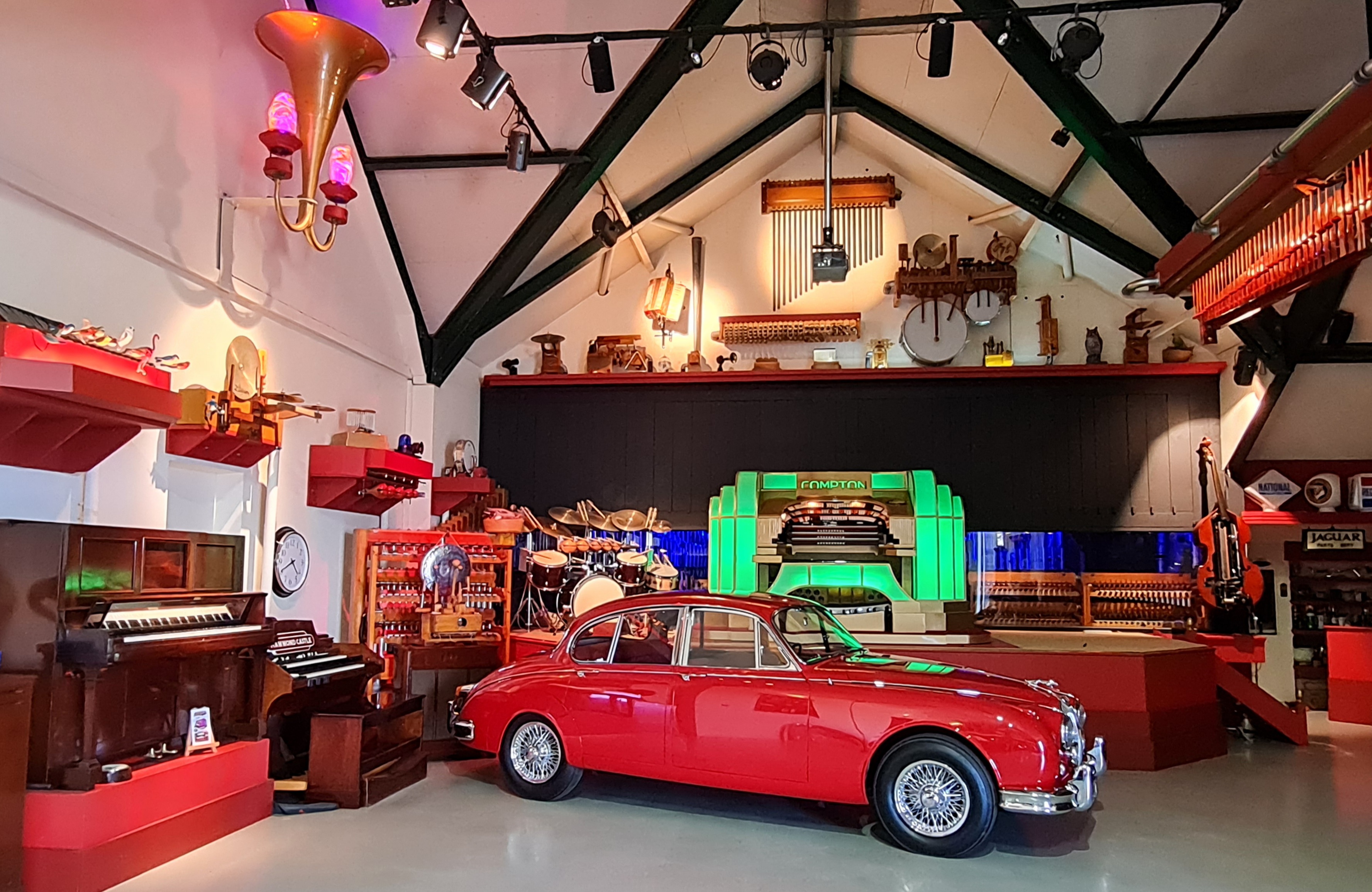 The Compton organ opus A432 was originally came from the Regal/ABC Derby and was opened on 27th June 1938 by Wilfred Southworth. The original organ comprised 3 manuals, 6 ranks of pipes and a Melotone attachment. In 1965, the organ was removed from the cinema when it was tripled, and sold for £300 and installed in a private residence in Castle Donnington.

In 1990 the organ was bought by David Thorp owner of Dovedale Garage. The organ was carefully removed and put into storage at the garage. Over the next ten years the organ underwent a complete restoration and during this time the showroom was built to house both cars and the Compton. The organ opened on the 3rd October 1999 with three extra ranks added (Viol Celeste, Krummet, Vox Humana plus 16’ Diaphone octave to the Diapason), plus Chimes, Vibraphone and Piano. This was the first time it had been heard in 35 years when Resident Organist Stephen Foulkes officially opened Pipes in the Peaks. As at this stage the organ had not got a Melotone unit, as this was sent away for restoration by its previous owner and was never returned.

From 1999 onwards, extra ranks, percussions, sound effects and traps have been added to the Compton, and is currently 18 ranks with more to be added in the future! The organ has now been reunited with a correct Series 3 Melotone, this being from the Wolverhampton Civic Hall Compton. Pipes in the Peaks was also very lucky to acquire a Compton Solo Cello as well.

The design of the installation provides the audience with full view of every part of the organ with the traps (effects) and Piano positioned around the stage. The chamber is fitted with 6mm thick specially made glass panels so that the pipes can all be seen.

The console with its illuminated surround sits on a turntable lift, which came from the Odeon Birmingham. The lift rotates through 45-degrees and is probably the only working example in the UK.