Please note: This is a private residence 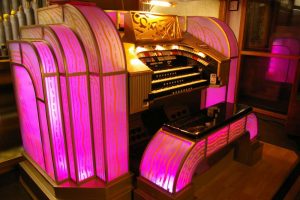 It was removed in 1968 and placed in storage until it was installed at Markfield during 1971/72. It retains both its Solo Cello and illuminated ABC style surround.