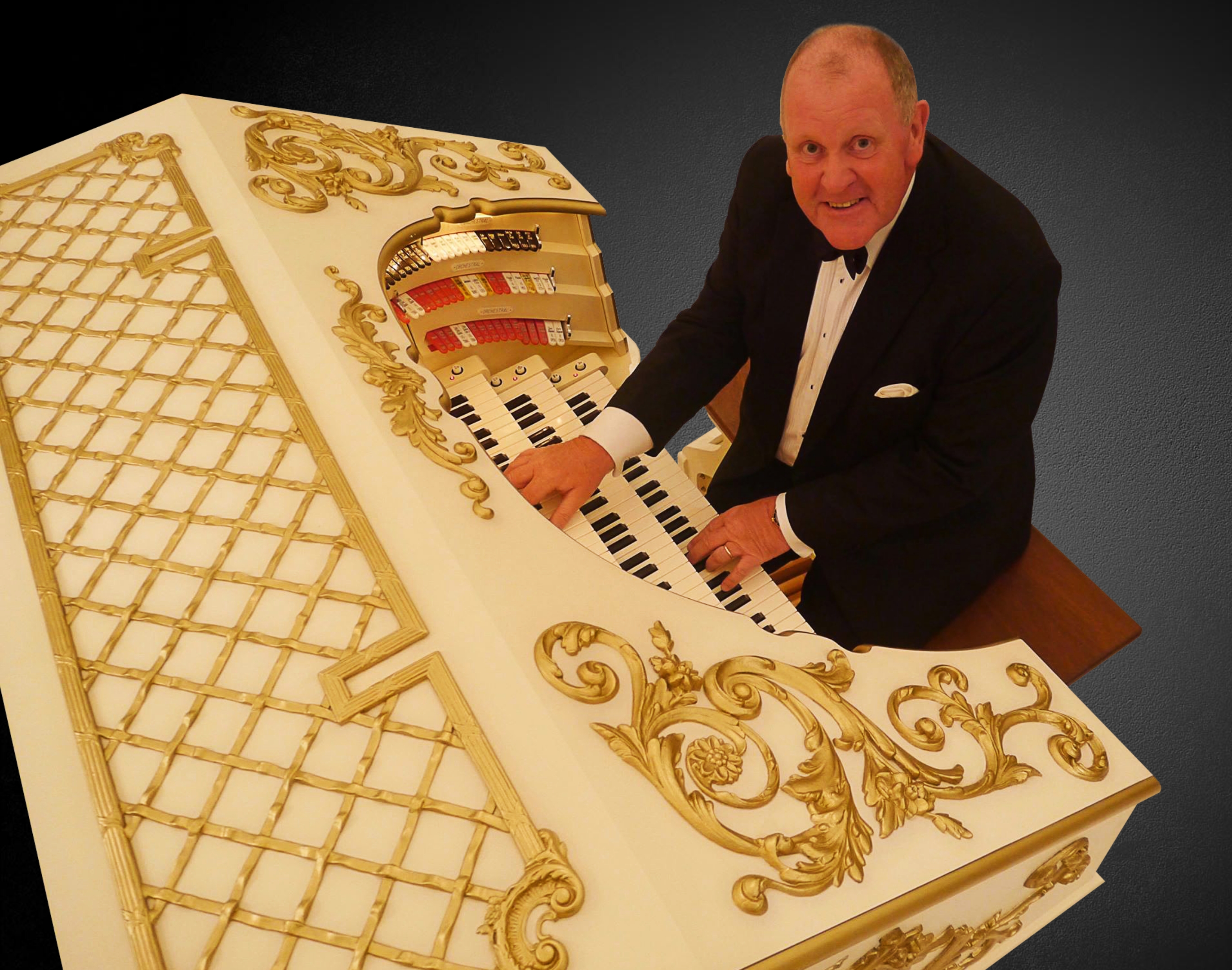 Keith Evans is a lifelong organist and pianist. He was born and raised in Mumbles, the pretty seaside area to the west of Swansea Bay on the edge of the industrial heartland of South Wales. Following an early musical start as a young child, he started working in the music business as a teenager, accompanying cabaret acts on the then-booming social club circuit in the area and, by day, worked as a salesman and demonstrator at a Swansea music store. It was there that he met Bryan Rodwell, the legendary musician who was working for Boosey & Hawkes demonstrating Hammond and Cavendish organs. Impressed with Keith’s musicianship, Bryan tempted him away to join his team based in St. Albans, and had a profound influence on his development as a musician, particularly imparting his love of adventurous harmonies.

Keith’s first connection with Theatre Organs was as a member of a young team of students that removed the Christie Organ from the Neath Empire Cinema which was then reinstalled into a pipe organ being built in the main hall of the school he attended. He also featured regularly as an organist on local radio station Swansea Sound and contributed to the BBC’s The Organist Entertains. Keith’s repertoire also covers a wide and eclectic mix of music.

Keith is available for either individual concert bookings or joint concerts with Will Shaw, who recently featured in a successful YouTube album together called ‘We Got Rhythm’ which can be viewed via the following Link