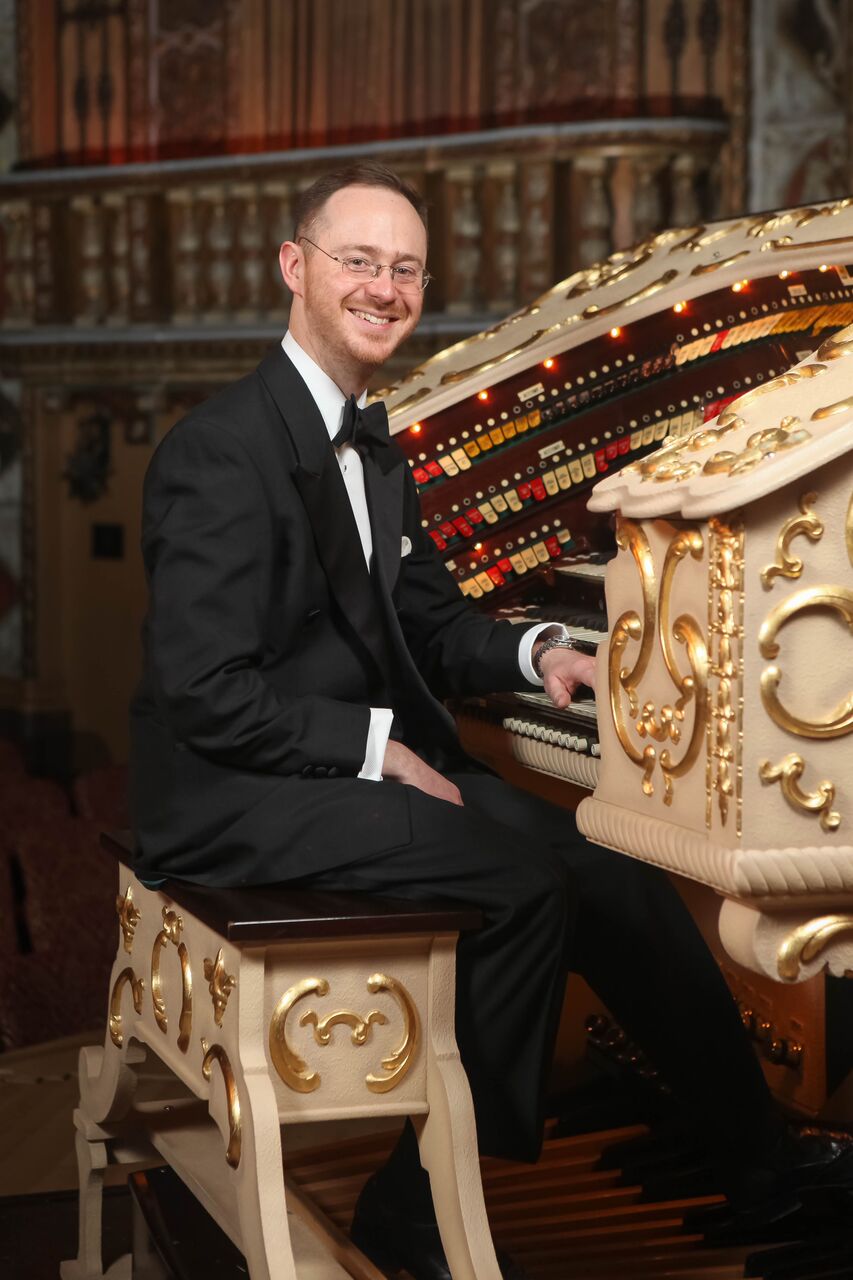 Richard Hills (b. 1980) is widely acknowledged as one of the very few musicians to have bridged and mastered the divide between the classical and theatre organ worlds. Having studied with William Whitehead at Rochester Cathedral he went on in turn to the organ scholarships of Exeter College Oxford, Portsmouth Cathedral and Westminster Abbey where his teachers included Rosemary Field and David Sanger. He now combines a freelance solo career with continuo, choir-training and teaching work and is the Organist of St Mary’s, Bourne Street, a central-London church noted for its Anglo-Catholic Liturgy and fine musical tradition.

Richard’s career in the theatre organ world has been equally prestigious. He has numerous prizes and awards to his credit, both in this country and in the USA, where he was named ‘Organist of the Year’ in 2010 by the American Theatre Organ Society. He has appeared many times as a soloist on national and international TV and Radio in programmes as diverse as BBC Radio 3’s ‘Choral Evensong’ and BBC Radio 2’s ‘Friday Night is Music Night’, and he made his solo debut at the BBC Proms in 2013. He returned again to the Proms as a soloist in 2015, and appeared with the BBC Scottish Symphony and John Wilson Orchestras during the 2019 Proms season. 2019 also saw a solo recital at London’s Royal Festival Hall, alongside concerts in the USA, Europe and Sweden. His many recording credits include, most recently, a disc of British music made on the magnificent dual-purpose Compton organ of Southampton’s Guildhall, which earned a five-star review in Choir and Organ magazine.

Richard is a Fellow of the Royal College of Organists and a strong supporter of the work of the UK’s Cinema Organ Society, to whom he serves as Musical Adviser.