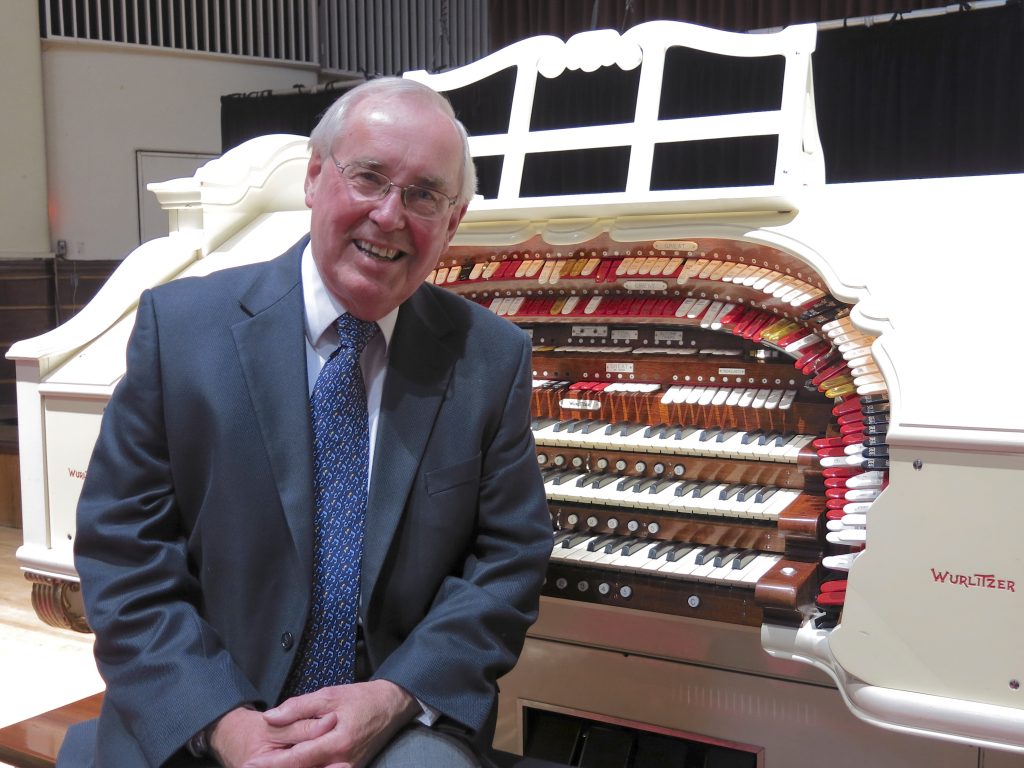 Keith has been entertaining audiences in the UK and around the world for over 60 years.

Following an audition with Joseph Seal in 1958, Keith played at the ABC/Regal Beckenham followed by a stint for Granada Theatres billed as ‘the wonder boy organist’. He made his first BBC broadcast from the Granada, Tooting followed by broadcasts from the Granada cinemas at Harrow, Clapham Junction and Kingston upon Thames.

For over 25 years Keith worked for the Hammond Organ Company presenting ‘Showcase’ concerts in the UK, Europe, South Africa, the Far East, Australia and New Zealand.

He also climbed the executive ladder and was Vice President of Export Sales for the Hammond Organ Company, Chicago, USA and Managing Director of Hammond Organ (UK) Ltd.

He has made many Hammond recordings including ‘Hammond Showcase Revisited’.
Recent CDs have featured the Wurlitzer at the South Bank University (‘South Bank Showcase’) and Clydebank Town Hall (‘Ritz Beckingham’).

He appeared on prime time TV playing a Hammond B-3 in Ant and Dec’s revival of ‘Sale of the Century’ during their popular ‘Game Show Marathon’ series.

A new CD featuring Keith playing the Compton Christie organ in concert at Ossett Town Hall ( ‘Any Other Business’) was released in August 2015.

In 2017 Keith was invited to participate in a concert at the Collège Claparède, Geneva, Switzerland following the refurbishment of the Wurlitzer formerly installed in the Granada, Clapham Junction.

His music is often heard on ‘The Organist Encores’ and he can be seen on YouTube chatting with Damon Cox (‘Sofa Social’) and playing informally at home (‘Encores Extra’).

Keith’s ‘easy on the ear’ playing style is very popular on the concert circuit and his shows often include musical memories and anecdotes of the famous names in the organ world with whom he has been associated. He is committed to the preservation of theatre organs and is a past chairman and musical advisor to the COS.

Keith and his wife Hélène live in the Cotswolds where, for many years, he ran a busy piano and musical instrument shop in Cheltenham, Gloucestershire.