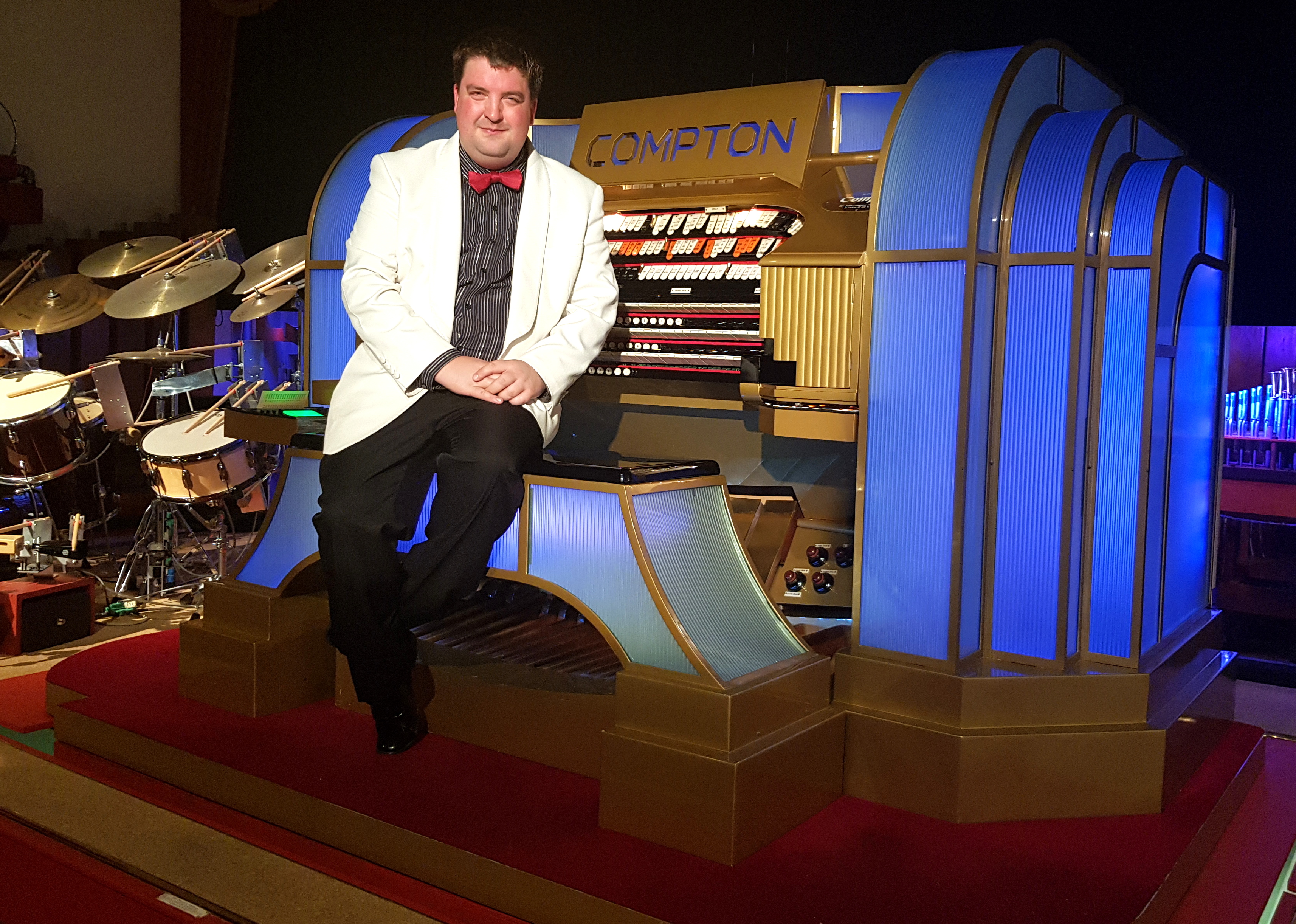 Christian is one of the younger generation of organists who is not only interested in playing, but also in the intricate restoration side of these fine historic instruments. Along with his brother, Christopher, he is completely renovating a Christie organ, and has also restored many items on the Pipes in the Peaks Compton

He was taken to the Ballroom at Blackpool Tower at an early age and from around the age of 3 he started playing a keyboard. He then progressed to an electronic organ and eventually used a vintage Compton 357 Melotone.

He first sat at the console of a theatre organ in January 1999 (the Wurlitzer 3/8 of Burton Town Hall) and has since played a varied selection of British and American theatre organs in concert and private, most notably the 82 rank Wurlitzer at the Organ-Stop Pizza Parlour in Phoenix Arizona and also the 80 rank Wurlitzer of the amazing Sanfillippo residence in Chicago, Illinois.

Christian is also one of the Resident Organists playing the Compton at Pipes In The Peaks. He can be seen many times in concert at this particular venue. Christian has spent many hours listening, watching and studying recordings of the masters of the instrument past and present. He likes to present a wide selection of music for all tastes and ages and his many styles of interpretation are his own arrangements. He found influences from the likes of American artistes such as Lyn Larsen and Ron Rhode, to the British counterparts in particular the late Vic Hammett and of course the ever popular organists Phil Kelsall MBE and Robert Wolfe.

Christian is a Bachelor of Science, having graduated from Staffordshire University. His other interests are Steam and Traction Engines, Classic Cars and Model Railways.