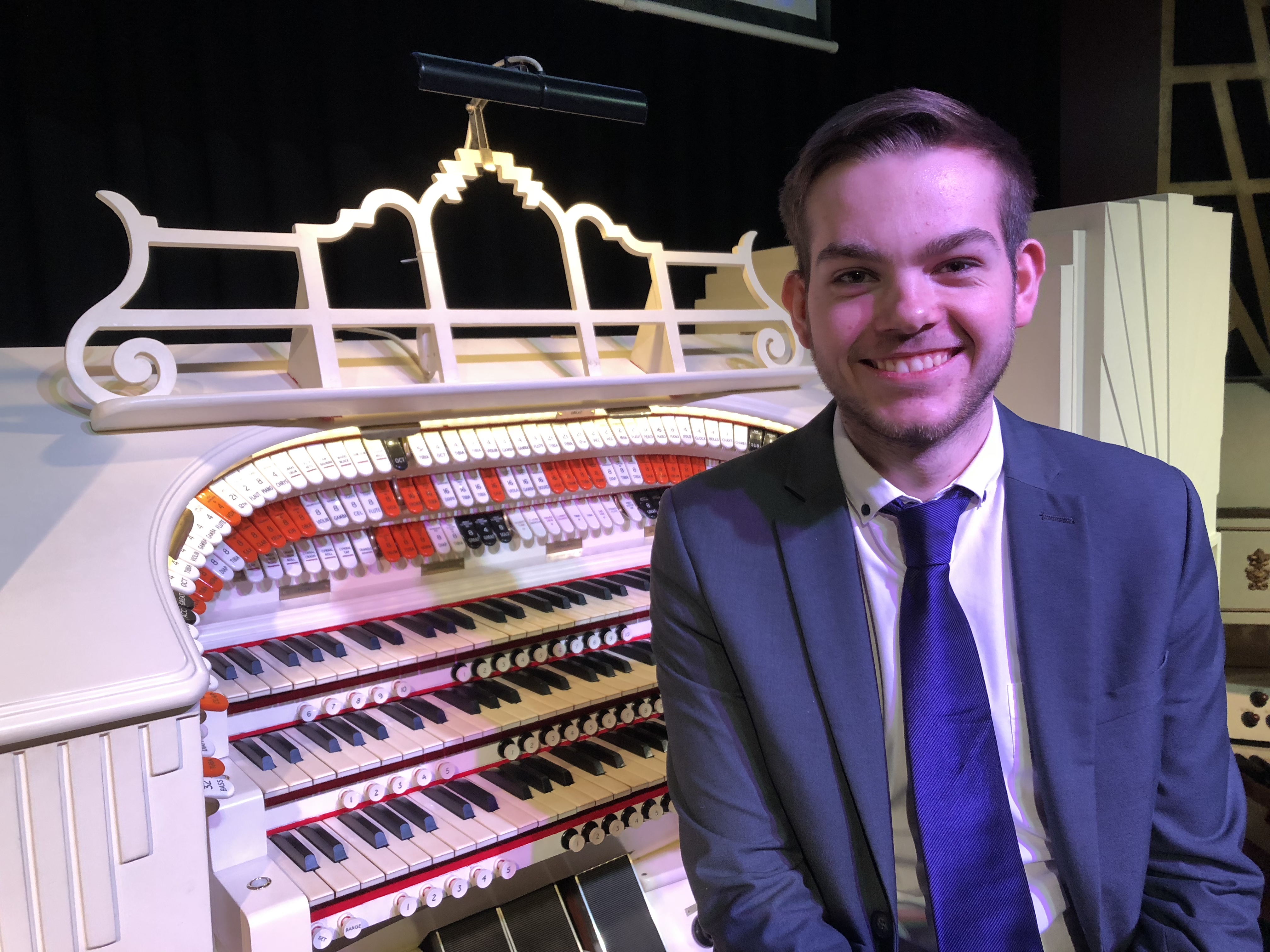 Declan is one of the UK’s youngest theatre organ performers. Originally learning to play the piano at the age of 8, he took an interest in the theatre organ during a visit to the Tower Ballroom, Blackpool when he was around 13 years old. This led to Declan moving his attention away from piano as he began to study theatre organ, using an electronic organ at home and the Wurlitzer at the Royalty Cinema, Bowness-on-Windermere as his practice instruments.

Following sponsorship from the American Theatre Organ Society (ATOS), Declan began to study the finer points of theatre organ performance with Kevin Grunill at the Astoria Centre, Barnsley. After only six months of professional tuition, he won the ATOS U.K. Young Theatre Organist of the Year competition.

Since then, Declan has performed in concert at many of the UK’s major theatre organ venues such as: the Opera House and Tower Ballroom – Blackpool; Troxy – London; New Victoria Centre – Howden-le-Wear; East Sussex National – Uckfield and the Pavilion – Bournemouth. To date he has played over 50 of the UK’s theatre organ installations.

Declan’s concert programmes are a varied mix of popular music, including many theatre organ favourites. His interest in the theatre pipe organ is not just restricted to playing them as he is actively involved in the restoration and reinstallation of several instruments.