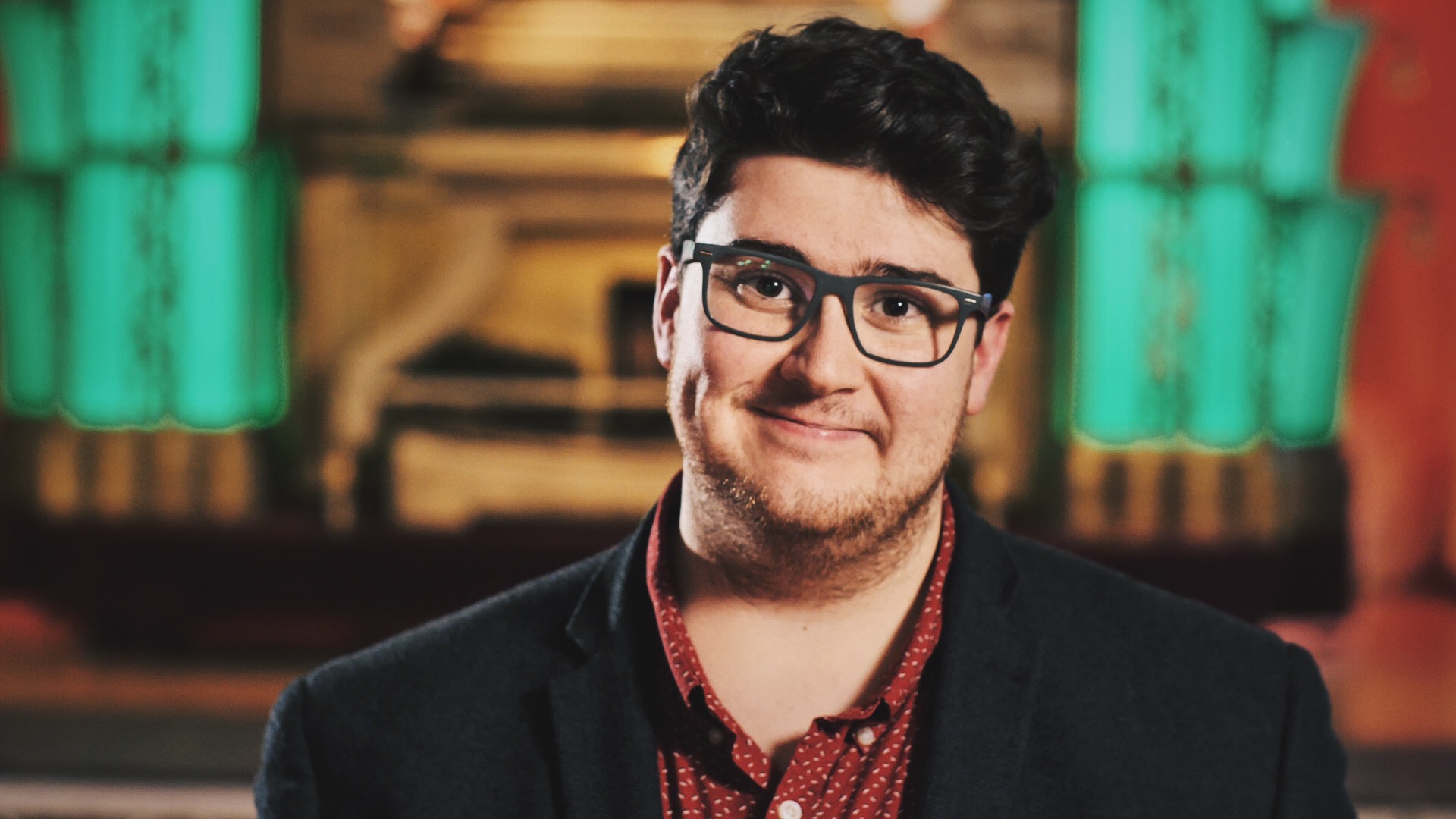 Aaron hails from Motherwell and now lives in Glasgow, Scotland. He has a degree in music from the University of Glasgow and is Principal Organist at St Bride’s Roman Catholic Church in Cambuslang. He was appointed as the inaugural organ scholar at Glasgow Cathedral in 2020 and is one of the team of recitalists who perform daily lunchtime concerts on the Lewis organ in Kelvingrove Art Gallery &amp; Museum, Glasgow.

With a particular interest in theatre organs, Aaron is heavily involved with the Scottish Cinema Organ Trust and is keen to promote the theatre organ to new audiences.

Following his 2019 performance at the American Theatre Organ Society’s annual convention in Rochester, New York, Aaron received the ultimate honour for a young organist by winning the international Young Theatre Organist of the Year competition, having won the UK title two years before. Only a few months later, Aaron was awarded the Ian Sutherland Award by the Cinema Organ Society, an award “made directly to a player who displays outstanding talent and promise as a theatre organist.”

Having conducted various ensembles, including a three year reign with the University of Glasgow Chamber Choir, Aaron is also acclaimed as a choral conductor. Aaron is available to perform recitals and concerts on both classical and theatre organs and you can contact him through his website: http://hawthorgan.com