Please note that details are given in good faith, but might change. It is advisable to check with the venue before travelling. Please see Here for regular events not in the calendar. If you would like any events added, please contact the Webmaster using the “contact us” option under “About Us” tab.

Due to Coronavirus, most venues have now declared themselves closed for the foreseeable future, therefore all events are being removed from our calendar for the current month, except where we have been notified otherwise, but will be re-instated should circumstances change. However, online concerts will be listed here.


Latest information regarding COS concerts, can be found on our Coronavirus Update Page 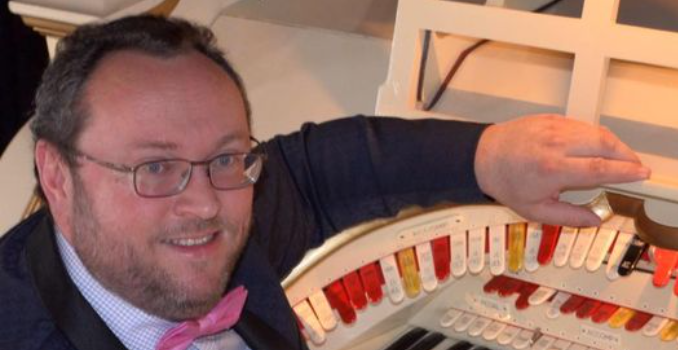 An evening of music you can enjoy from the comfort of your own home. Michael plays the Mighty Regal Wurlitzer at the Musical Museum.

Michael is an organist from the West Midlands, near Solihull. He plays both electronic and theatre organ. During his concerts you will hear a diverse mix of theatre organ standards, orchestral arrangements, light classical items, film music and showtunes. Michael started learning to play the organ following a visit to Blackpool Tower, aged nine. Michael was mesmerised by the sound and remembers deciding there and then that he wanted to play that instrument. Within a few years of hard work and with tutorage from Midlands Cinema Organist, Foley Bates, he returned to the Tower and achieved his ambition to play the famous instrument. Throughout his teenage years he worked weekends and school holidays in local music shops and continued with his lessons in theatre style whilst developing his own approach on electronic organs. After a 20-year hiatus to focus on a career in IT, Michael has returned to the UK organ scene playing both electronic and theatre organ.

​In his spare time, Michael helps with instrument maintenance at several theatre organ venues, and is now the editor for the COS Journal as well as being an active member on the Midlands committee. Not content with this, his garage now houses a 2-manual Wurlitzer console that he is spending many hours rebuilding as a Virtual Theatre Pipe Organ.